The ability to negotiate well impacts many factors of a business. Whether you’re negotiating suppliers, resources, salary, a job, or a sale, negotiating properly can save time and money. Implementing the right strategies will help you conduct a successful negotiation. Many would say a key aspect of negotiating is to ignore emotion, however a proper negotiation would utilize emotion. Good negotiators should identify and influence emotions. Using your emotional intelligence, you can predict responses and mimic behavior to make the receiver feel at ease. You can enhance your emotional intelligence simply by watching, listening and putting yourself in the other person’s shoes.

This does not mean to do away with the age-old poker face. Your level of interest is like showing your cards in poker. Too much enthusiasm will give the other party little incentive to negotiate. Why would your counterpart want to bargain when it’s obvious you’re going to buy no matter what? You want to limit your intrigue while unbiasly comparing your desired product with other options.

As a buyer:  NEVER fixate on a single product. ALWAYS act as if your options are open.

As a seller: NEVER look desperate.  ALWAYS be prepared to seek other buyers.

Just because you don’t want to show your cards right away, it does not mean you should withhold information either. As mentioned before, you want to use your emotional intelligence to mimic your counterpart to make them feel more comfortable. This also works in reverse. Studies have shown that revealing some information, even if it’s unrelated to the negotiation, increases trust. Something as small as revealing a personal fact about yourself – hobbies, personal concerns or hopes – can set a positive tone that’s conducive to securing agreement.

Another way to gain trust and make the other party feel understood is by embracing their concerns. Try to list any negative thoughts the other party could have about you and relay the concerns before they can. Don’t avoid, but embrace accusations they may be harboring. This keeps any anxiety from festering and puts both parties on the same playing field.

During negotiation, it has been ingrained within us to extract as much information as possible from the other person before tipping our own hand. However, you should consider defying conventional wisdom and make your offer first. Using the psychological principle of anchoring, making the first offer can get you better terms that are closer to your target price. Once that first price (the anchor) is put on the table, both parties begin to work around it.

There are different methods to decide on your anchor price:

A bolstering range has proven most successful for two reasons:

Unfortunately, there will be times when you will reach an impasse in your negotiations. Another way to negotiate outside of price, is by offering to purchase additional items from the other party. When a seller has the opportunity for a larger transaction, there is a much greater likelihood they can be persuaded to a lower price. Sometimes negotiating can be intimidating, especially when talking with a superior or someone who is very knowledgeable. This kind of pressure could make someone use soft disclaimers. However, passive language will cause the other party to act more aggressively. Avoid sayings like:

You never want to insult or belittle your counterpart, however your goal should be to show signs of confidence and to be firm. People receive better deals when their language and nonverbal behavior convey power and confidence.

4.   Get The Response Your Want You should have two goals when it comes to your counterpart’s responses.

It may seem odd to want the other party to say ‘no’ at any point in your negotiation. However, saying “no” can make someone feel safe and in control. You don’t want your counterpart saying “no” to any final negotiation terms, but getting them to say “no” to simple guided questions can convince them to let their guard down. Create the illusion of control and ask questions such as, “Is this a bad time to talk?” or “Is your company happy with the current revenue?”

While saying “no” makes someone feel in control, being forced to say “yes” will make your counterpart defensive. Avoid trying to get a simple “yes”; your goal should be to get a “yes, that’s right.” You want to convince the other party that you understand them and are aiming for the same objective. Trigger a “that’s right” response by summarizing and reaffirming how your counterpart feels and what they want.

Negotiating During a Request For Proposal 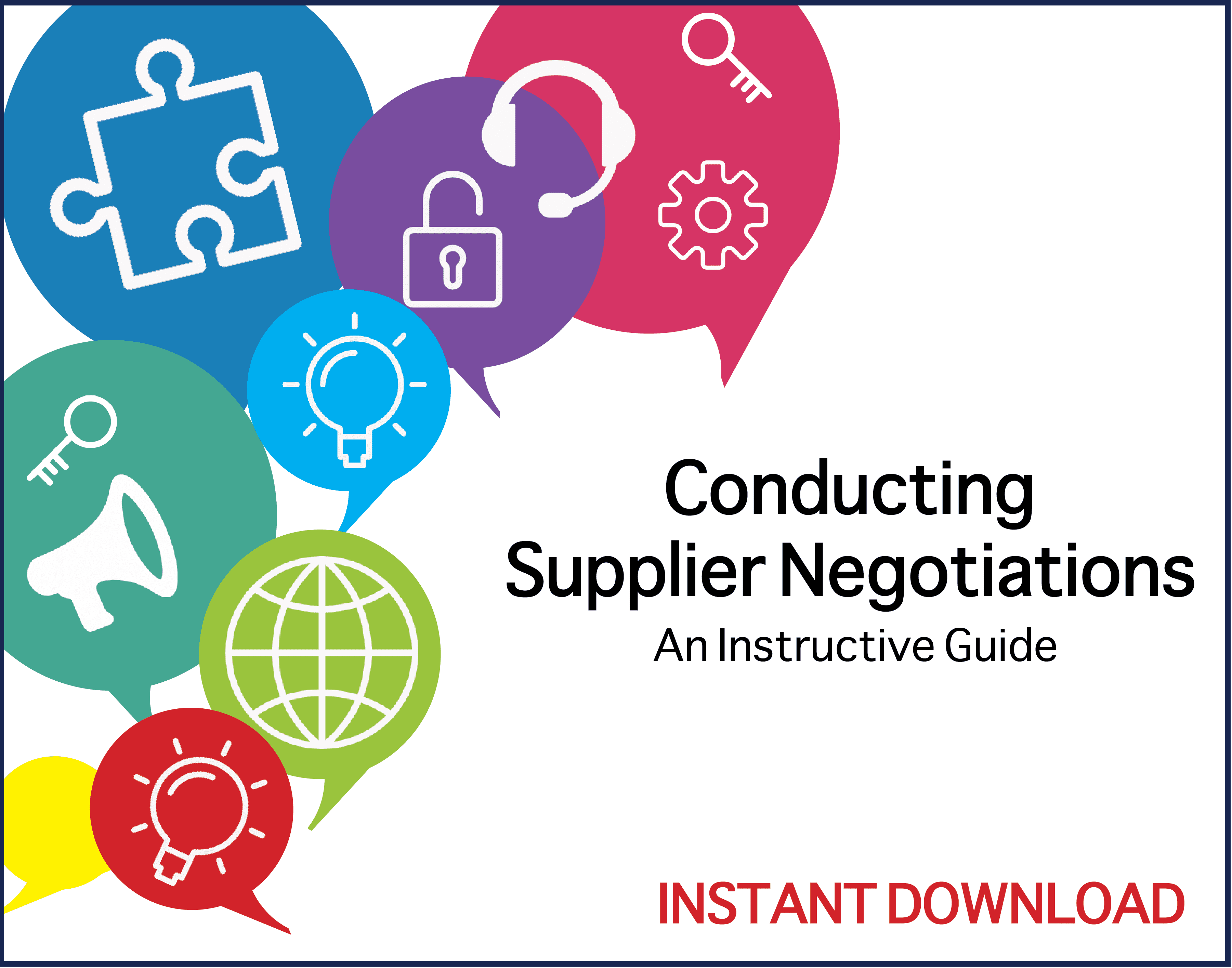 You can update your cookie preferences at anytime in settings.

This website uses cookies so that we can provide you with the best user experience possible. Cookie information is stored in your browser and performs functions such as recognising you when you return to our website and helping our team to understand which sections of the website you find most interesting and useful.Further information can be found in our Privacy Policy